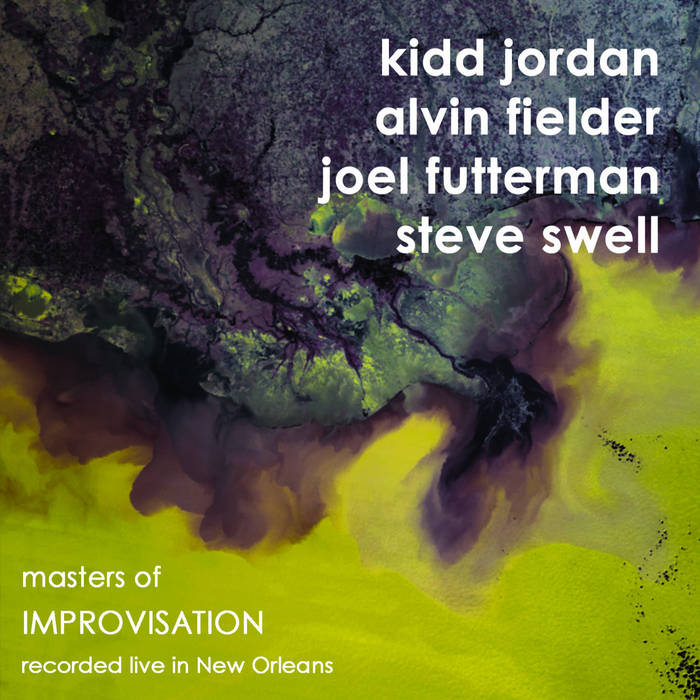 New York trombonist and composer Steve Swell joins New Orleans free jazz saxophone legend Edward “Kidd” Jordan and Kidd’s longtime associates Alvin Fielder and Joel Futterman for a night of explosive improvisational music. When these “Masters of Improvisation” get together their individual and shared histories–reaching back to the deep roots of jazz and African-American culture–bring a depth of soulful expression to the purpose of exploring new directions in the art of “in the moment” collectively improvised music. They combine skilled musicianship with a celebration of improvisational conversations that take the listener on musical journeys spanning the emotions and musical genres. Their shared goal is artistic freedom and devotion to the unexpected as they stretch and push the boundaries of tonality, rhythm, and harmony.

Edward “Kidd” Jordan's multi-faceted legacy is among the most influential and enduring in the history of improvised music. An integral part of the seminal musical tapestry of New Orleans, he is the patriarch of one of the city's most respected musical families and his parallel careers as a performer and educator span the past six decades. Now 81, he has worked most of his life outside the mainstream spotlight, tirelessly sustaining the jazz continuum through both his teaching and his cutting edge performances all around the globe with like-minded improvisers.

Joel Futterman's relentless piano practice regime has lead to his breakthrough development of his high energy “three handed” technique and his unique voice in the history of extended piano techniques and creative music. Born and raised in Chicago and now residing in Virginia Beach, VA, Joel has enjoyed a long and fruitful collaboration with Kidd Jordan and Alvin Fielder.

Alvin Fielder has an encyclopedic knowledge of jazz drumming, developed through years of study and experience. As a student at Xavier, New Orleans in the early fifties, Alvin studied with the legendary drummer Ed Blackwell. In Chicago in the mid 1960’s, he was one of the founders of the Association For the Advancement of Creative Musicians, the most important expression of African-American musical self-determination of the past fifty years. Fielder has been performing with Kidd Jordan since the 70’s and with whom be founded the Improvisational Arts Quintet which still operates under the motto of “No Compromise.”

Bandcamp Daily  your guide to the world of Bandcamp

Interviews With Butcher Brown and Slauson Malone, plus LP of the week by SAULT.